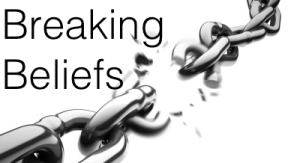 “Limits exist only in the mind” ~ Author unknown

Removing them is essential for success and happiness, as without removing your limiting beliefs you will always live below your potential and never reach your Essence.

Before understanding how you can rid yourself of limiting beliefs it is important to understand how they are formed.

Your beliefs are formed at an early age, often transmitted from your parents, but also from friends, teachers, siblings, your religion and the media to name a few. These beliefs from perceived authority figures are then amplified or negated by your own experiences – for example if you parents tell you that you will never get a good job without study and then you see friends who do not study fail to get good jobs then this belief is hardened and reinforced, however if you see friends who don’t study get great jobs this will provide some dissonance with your previously held belief and you will either negate it as a one off, or if you see it frequently you may change your belief.

Either way, these beliefs are hardwired deep in our subconscious and therefore can be difficult to remove. The subconscious mind is your ‘’hard drive’ and stores your previous life experiences and memories, and files them as ‘beliefs’. It is these beliefs that effectively ‘control’ our actions and decide what you become. The beliefs you hold are not real, but the actions you’re beliefs lead to are very real. As discussed in a previous post, seemingly impossible things (like climbing Kilimanjaro with no arms and legs) can be achieved, and seemingly easily possible tasks (like making a lot of money) go unachieved – largely because of your beliefs about both. As Henry Ford once said: “If you think you can, or you think you can’t, you are probably right”

So, how do you ‘unlearn what you’ve previously learned?’

It is first important to recognize that you have Limiting Beliefs.

1.
The very act of recognizing you have Limiting Beliefs is the first important step. Beliefs are observed by noticing small shifts in your bodies movements when you face a situation, however because your beliefs become your thoughts, your thoughts will also give you a good indication of your limiting beliefs. Look for phrases like ‘I can’t……”, ‘it won’t happen….’, “I will never happen to me…’, ‘it’s hopeless….’, ‘it’s no use…’ etc. Even begin to write down, if you’d like to, the recurring limiting beliefs you have. By understanding these are simply limiting beliefs, namely your ‘estimation’ of fact rather than actually fact, is in itself useful.

2.
Then, the next step is to question the assumption – or more simply put, just ask yourself if its even true! For example: ‘No women get promoted in my company’ – well, have there any ever been any women promoted at your company? Is there an example of even one woman who’s been promoted’. Or ‘I am too short to get the job’ – then ask yourself if anyone short is in senior positions anywhere. Whatever your Limiting Belief I believe there is someone who can prove your assumption is not true.

3.
The next step is to question even if you can’t immediately find alternative proof, simply to question if it needs to be true. Our Minds try and fill in gaps so if something is unclear or unknown or uncertain it starts to form (false) limiting beliefs. If President Obama had believed that ‘there will never been an African America President in our lifetime’ then it’s pretty certain that he would never have become President.

4.
Therefore the next stage is simply to replace Limiting Beliefs with new Affirmations that serve you better.

“If you hear a voice within you say ‘you cannot paint,’ then by all means paint and that voice will be silenced.” (Vincent Van Gogh)

Before I became aware of Limiting Beliefs, I accepted the ‘voice within’ as factual, but now I find myself challenging my Beliefs and assumptions on a regular basis. That’s because I know now what my beliefs actually are – simply a voice within that has previously been conditioned through my experiences, that is no more true than it is untrue, it is simply my Estimation of fact, a likely incorrect Affirmation that I have repeated so many times I now believe it True.

As with all beliefs, whether negative or positive, it started off as a single thought in your mind and was repeated often enough until it was accepted as an unchecked “truth” by your subconscious mind. Since all Beliefs belong to the realm of the subconscious mind – and therefore work without ‘conscious thought’ – it doesn’t recognize which Beliefs serve you and which limit you. Therefore it’s up to YOU to become conscious of which Beliefs limit you and overcome them by reprogramming your mind at the subconscious level.

Positive affirmations re-program negative beliefs. Any thought you repeat often enough will over time be passed down to your subconscious mind to create a Belief. If the new statement is repeated enough times, it will over time over-ride the existing negative one. The more you naturally become aware when you are facing a limiting belief and recognize it as that, the easier it will be to stop the belief infecting you. Achieving your life’s purpose and dreams is within your reach. You simply have to listen to what you’re telling yourself.

“No problem can withstand the assault of sustained thinking.” Voltaire

12 thoughts on “Limits exist only in the mind”